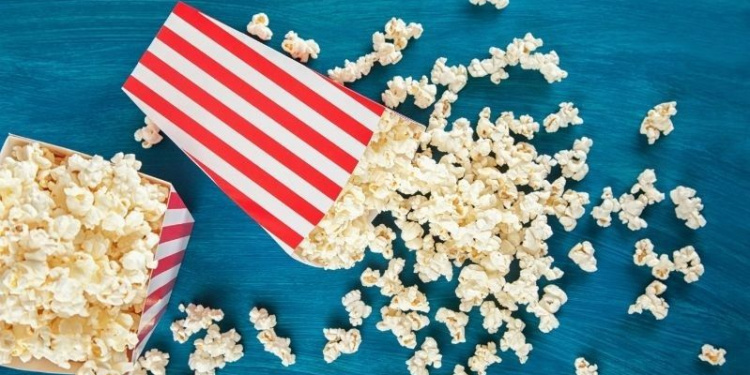 Keto is an effective if somewhat controversial weight loss diet. Properly called the ketogenic diet, keto involves limiting your carb intake to 50 grams or less per day while eating moderate amounts of protein and a large amount of healthy fat.

This usually means eating no or very little bread, rice, pasta, cereal, potatoes, and any other high-carb food. Cutting carbs might be simple, but it’s not easy, as high-carb foods are a staple of most people’s diet. After all, who doesn’t like to eat bread, pasta, and rice regularly?

However, while keto does involve making sacrifices, the results usually mean they’re worthwhile. Cutting carbs means your body has no choice but to burn more fat for fuel, and that primes your body for weight loss.

Also, meals made from protein and fat are very filling. With less hunger to contend with, you’ll have a much easier time sticking to keto. The ketogenic diet is also renowned for its ability to stabilize your energy and blood glucose levels. That means fewer cravings.

But, because keto is such a restrictive diet, and even a small amount of carbohydrate can stop it from working, it’s important to know what you can and eat, leading to the question, is popcorn keto? 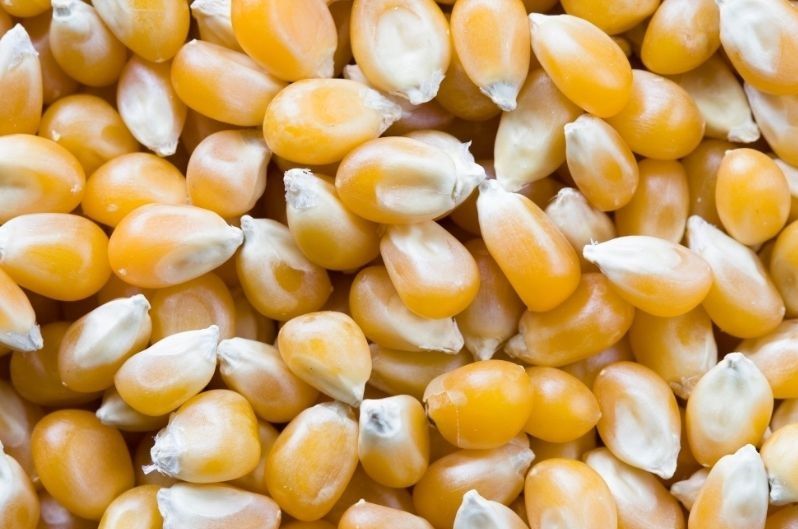 Popcorn is eaten all around the world but is thought to originate in Peru 6000 years ago and is made from dried corn kernels.

Popcorn is made by heating the kernels, which makes them expand and puff up and is usually accompanied by that distinctive popping sound. Corn is a type of grain.

You can make popcorn in a covered pan, the microwave, or a specially designed air popper, and it can be served plain or with sweet or salty flavorings. You can buy pre-popped popcorn, which is sold in airtight bags, and popcorn is also sold freshly popped, such as a snack at movie theaters and sporting events.

Most grains are NOT keto-friendly. Things like rice, wheat, Spelt, quinoa, and bulger contain too much carbohydrate to be considered keto-friendly. However, popcorn can work on the ketogenic diet because it’s very high in fiber and, once popped, weighs next to nothing, which means even what appears to be a large serving is actually quite small.

Popcorn still contains carbs, so you can’t eat it with abandon., but providing you limit your carb intake elsewhere in your diet, you should be able to eat 2-3 cups of popped corn without disrupting ketosis.

A three-cup (24 gram) serving of air-popped popcorn contains 14 grams of net carbs, which is low enough for popcorn to be considered a keto-friendly food.

However, it’s important to remember that adding flavorings or sweeteners may increase the number of carbs you’re consuming, so take care with your toppings to avoid ruining your ketogenic diet. Season your popcorn is herbs and spices rather than sweeten it.

Contrary to popular opinion, corn is a grain and not a vegetable. However, as grains go, it’s low in calories and carbs, and high in fiber. This all means that popcorn is nutritious and a useful addition to the ketogenic diet.

A three-cup/24-gram serving of plain air-popped popcorn contains the following:

Popcorn also contains antioxidants, such as polyphenols, that can help prevent the cellular damage caused by free radicals, which are molecules with unpaired electrons in their outer shells. Polyphenols may offer protection against cancer and other chronic diseases.

Both for the keto diet and for weight loss in general, the high fiber content of popcorn is especially noteworthy. Fiber is a type of carbohydrate called non-starch polysaccharide or NSP for short.

Despite being a carbohydrate, NSP is indigestible and cannot be broken down and turned into glucose. As such, it won’t disrupt ketosis and is, for all intents and purposes, calorie-free.

However, fiber is filling and takes time and effort to eat. It’s also a major gastric inhibitor, which means it delays the emptying of food from the stomach into the small intestines. This means it can help lower the glycemic index of any carbs you do eat, so they have a smaller impact on your blood glucose levels.

Fiber is good for all aspects of your gut health, including preventing and treating constipation, which is a common problem associated with the ketogenic diet. 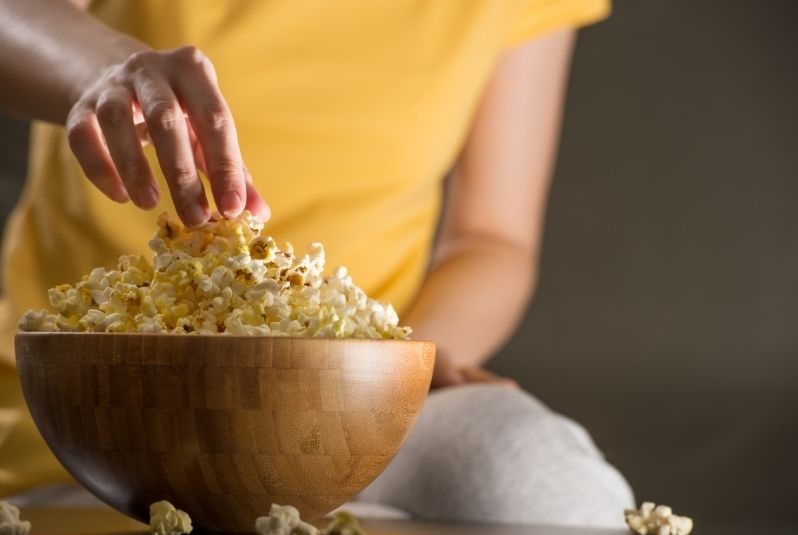 As potentially beneficial as popcorn can be, it’s important to differentiate between the popcorn you make yourself and pre-popped popcorn that may contain unwanted additives, including carbs.

Air-popped popcorn with nothing added by some salt is nutritious and keto-friendly, but that all changes if you slather it in butter or add sugar. Commercially popped popcorn may also contain sugar, and things like caramel-coated and chocolate-flavored popcorn are very keto-unfriendly.

If possible, make your own popcorn from corn kernels to ensure that it’s free from excess calories and ingredients that could put you out of ketosis. Stick to savory flavorings, such as sea salt, black pepper, spices, and herbs, as they’re more likely to be carb-free. If you do use butter, take care not to add too much as butter is VERY high in calories, even if it is keto-friendly.

Consumed in sensible-sized servings (2-3 cups), popcorn is a viable snack on keto. It’s low enough in carbs that you could eat some every day and still remain in ketosis and lose weight. Eat popcorn in place of keto diet-killers like potato chips, rice crackers, and tortilla chips to stay true to your weight loss diet while also satisfying your craving for savory snacks.

Avoid store-bought, pre-popped popcorn, any popcorn snacks with added ingredients, or those bucket-sized portions sold at movie theaters, all of which will quickly kick you out of ketosis. Not all popcorn is keto-friendly!

However, consumed in moderation, there is no reason not to include popcorn on your low-carb ketogenic diet. 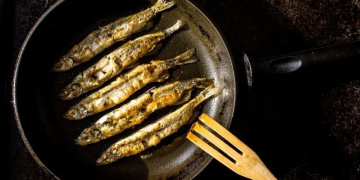 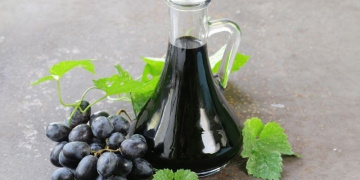