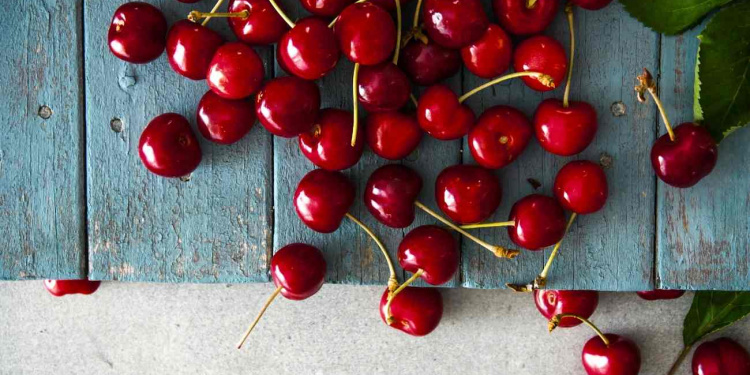 The low-carb ketogenic has been popular for close to a century. Originally used to control epilepsy in children, it was soon discovered that cutting carbohydrates was also an excellent way to lose weight.

Keto, as this low-carb diet is usually known, involves eating mostly healthy fats and protein while eating less than 50 grams of carbs per day.

This puts your body into a state called ketosis, which is where the ketogenic diet gets its name. With no carbs to use for energy, in ketosis, your body preferentially burns fat for fuel, which leads to rapid weight loss.

That means things like bread, rice, pasta, potatoes, and most fruit are off the menu. Such strict dieting guidelines mean that a lot of dieters are unsure what to eat and are often heard asking, “is it keto?”

Fruit is an especially contentious issue on keto, and very few fruits are keto-friendly. After all, most fruit is high in sugar and carbs, even though it’s nutritious and healthy.

So, are cherries keto? They could be, but only if you can stop yourself from eating too many. 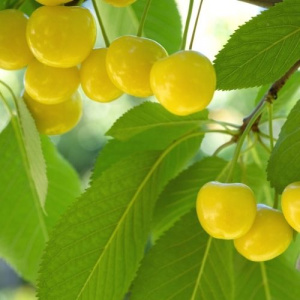 Sweet and tart cherries are the brightly colored fruit of the cherry tree.

From a botanical perspective, cherries are drupes, and there are lots of different varieties, only some of which are edible.

Varieties of edible cherries include:

Cherries are very small, juicy, and tasty. They can be eaten raw, juiced, or used in cooking.

They’re a good ingredient for pies and jams and often used as a dessert topping – such as a cherry on the top of an ice cream sundae.

Cherries have a stone in the center which is inedible. However, the skins can be eaten, providing you wash them first, of course!

Cherries, like most fruits, are highly nutritious and loaded with vitamins, minerals, fiber, and other healthful compounds. The nutritional breakdown for one cup of sweet, raw, pitted cherries is:

Cherries are also high in the following vitamins and minerals:

In addition, cherries also contain an abundance of phytochemicals, polyphenols, and antioxidants.

Phytochemicals and polyphenols are plant compounds that have a known health-boosting effect, but they aren’t vitamins.

Free radicals are responsible for numerous ill effects, including the aging process and some cancers.

The Health Benefits of Cherries

With their high nutrient payload, cherries are very healthy. The benefits of eating cherries include:

Reduced risk of constipation – cherries are high in fiber. Eating plenty of fiber adds bulk to your feces, making them easier to pass. Straining to go to the bathroom increases the risk of hemorrhoids, diverticulitis, and colorectal cancer. 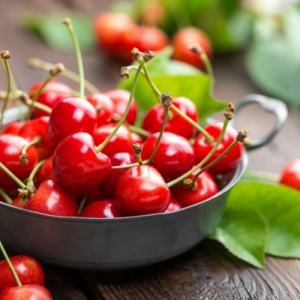 While you can eat cherries on keto, you won’t be able to eat many.

One cup of sweet, raw, pitted cherries contains less than 100 calories, but almost all of those calories come from carbs.

If you are well within your carb allowance for the day, you could probably safely enjoy some cherries without derailing your diet.

However, if you have already eaten some vegetables or other types of fruit, even a few cherries could tip you over the edge and out of ketosis.

So, are cherries keto? They could be, but only if you limit your intake to just a few and are within your daily carb allowance.

If you are desperate to eat some fruit but even a small serving of cherries would disrupt ketosis, eat some avocado or coconut instead, both of which contain more fat than carbs, making them very keto-friendly.

Cherries are low in calories, high in fiber, contain a lot of water, and are loaded with vitamins and minerals. They’re also low enough in carbs and sugar that you can probably eat a few on keto and not interfere with fat loss.

That said, eating more than a few cherries could use up your entire carb allowance for the day, so it may not be a good idea to add them to your diet.

Vegetables are generally lower in calories but still contain all the vitamins, minerals, and fiber you need to be healthy.

So, if in doubt, eat more vegetables and give fruit like cherries a miss. Except for potatoes, vegetables are usually much keto-friendly than fruit. 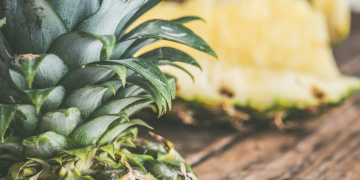 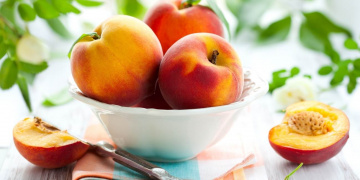